Attorneys Kelly and Anne Vecchio are sisters who understand the importance of family. They strive to achieve the best results for their clients, while helping them through a very difficult time in their lives. Vecchio Law Offices will provide an honest, informative, and straightforward approach in handling your case. They seek to limit conflict; however, when litigation becomes necessary, they will aggressively defend and protect their clients’ interests. 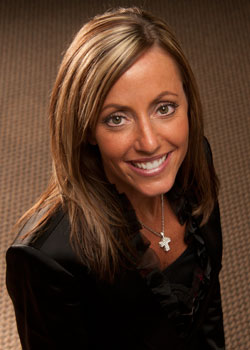 Kelly A. Vecchio is a lifelong resident of the Rockford area.  Kelly was an honor roll student and graduated in the top 10 of her class from Boylan High School in 1994.  She was on the Dean’s List and earned her undergraduate degree from the College of Business at the University of Illinois in 1998.  She was a recipient of the Richard M. Mott scholarship and received her Juris Doctor degree from Northern Illinois University College of Law in 2001.  Kelly was admitted to the practice of law in Illinois in 2001.

While attending law school, Kelly served as a law clerk to a Federal judge in the U.S. District Court of the Northern District of Illinois, located in Rockford, Illinois; and to the State court judges in the Ogle County Circuit Court, located in Oregon, Illinois.  Upon graduation from law school, Kelly’s employment began in a local law firm as a clerk, where she was later hired as an associate.  In 2005, she opened her own law practice as a solo practitioner.  In 2010, she and her sister, Anne M. Vecchio, formed the partnership known as Vecchio Law Offices.  In 2013, their father and retired Winnebago County judge, Steven G. Vecchio, joined the law office.

On a personal level, Kelly is married with four children.  When Kelly is not in the office, she enjoys spending time with her family and extended family in the Rockford area. 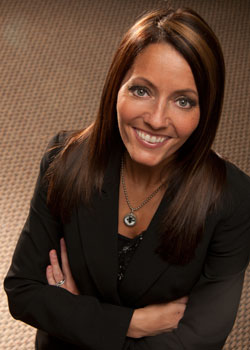 Anne Vecchio was born and raised in Rockford, Illinois. Anne attended the University of Illinois in Champaign-Urbana, where she consistently made the Dean’s List while earning her Bachelor of Arts degree in Political Science in 2001.

After graduating from the University of Illinois in three years, Anne attended the Arizona State University College of Law on a full tuition scholarship. She graduated from there with her Juris Doctor degree in 2004. At that point, Anne returned to Rockford, Illinois, where she was admitted to practice in both Illinois in 2004 and the Federal Court for the Northern District of Illinois in 2005. Anne also obtained her license to practice law in Arizona in 2005.

Attorney Anne Vecchio began her practice as an associate at a local law firm. In 2010, Anne formed a partnership, Vecchio Law Offices, with her sister, Kelly A. Vecchio. The focus of Anne’s legal practice is family law, including, but not limited to, divorce, paternity, custody, visitation, and child support. Anne also practices in the areas of probate, traffic, criminal misdemeanor, and DUI. Anne has been approved as a Guardian Ad Litem in both family and probate cases. She represents clients in Winnebago County, Boone County, Stephenson County, and Ogle County.

Attorney Anne Vecchio strives to help her clients understand the Court process, while using her best efforts to resolve their cases in an effective and expeditious manner.

Anne Vecchio currently lives in Rockford, Illinois. She is married with one child.

While attending law school, Steven taught Business Law at the University of Wisconsin – Milwaukee.  After he was admitted to practice law, he worked in the Winnebago County State’s Attorney’s Office as an assistant State’s attorney.  In 1978, Steven opened his own law practice as a solo practitioner.  In his last years in private practice before his appointment to the bench, his law office was located one floor above the current home of Vecchio Law Offices in the One Court Place building.  In 1995, Steven was appointed as a Winnebago County Associate Judge and served the public for 18 years until his retirement from the bench in 2013.  Steven maintains his licenses to practice law in Illinois and Wisconsin and he has joined his daughters as the most experienced attorney of Vecchio Law Offices.

On a personal level, Steven is married and has three children.  He enjoys spending time with his family and traveling to Florida.